Brass Band Arquebuse For more than twenty-five years, the Brass Band has been presenting itself as a brass ensemble of about 35 musicians inspired by the great tradition of the English Brass band. This transformation dates back to the arrival of Jean-Pierre Chevailler at the head of the Elite music corps. Then official fanfare of the State of Geneva, it was taken over by the foundation of the Arquebus and Navigation in 2015. The majority of the musicians are students of the Haute Ecole de Musique de Genève.

Jean-Pierre CHEVAILLER obtains the virtuosity prize at the Conservatory of Lausanne in 1980, given for the first time in Switzerland to a Tenor Tuba player. At the same time, he studies conducting in London with William Relton. In 1983 in London, he is given the title of «Euphonium Player of the Year 1983-1984», as the only Swiss to receive this high distinction. Since 1995, he collaborates as a musical advisor for the RTS (Radio Télévision Suisse).

David GUERRIER was designated Instrumental Soloist of the Year at the Victoires de la musique classique as a trumpeter in 2004. He receives the same prize in 2007 for his interpretation of the Second Movement of the Concerto by Hen 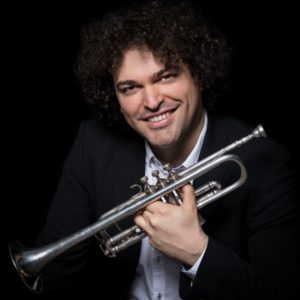