The Geneva Chamber Orchestra did not come by its name by chance: ever since its founding in 1992, the Orchestra’s home town of Geneva has been an integral part of its identity. Seeking to reflect the specificities of its 37 musicians, every season’s program is built around a special theme. Preference is given to the classical and early romantic periods, but not without the occasional excursion into the late 19th century. The baroque repertoire likewise has its place, without being limited to arrangements for small ensembles. Last but not least, contemporary chamber music is judiciously incorporated into the GCO’s programs, care being taken to ensure that it forms a coherent whole with the other works performed on any given evening. Sign of a strong local establishment, the Orchestra works together closely with the mOtet, Chant Sacré, Psallette, Cercle Bach de Genève, and the choirs of Geneva University, CERN, and the Grand Théâtre. Thanks to close ties with the region’s most prestigious theatres and opera houses, it is not unusual for the GCO to be invited to collaborate with, for example, the Lausanne Opera, Geneva’s Grand Théâtre and the Opéra de Chambre de Genève. It also takes part in the concert series concerts de la Ville de Genève, and the Geneva international music competition, for which it is the main orchestra recording the compact discs presented to prize winners. Supported by the city of Geneva, the canton and republic of Geneva and numerous private partnerships, the GCO cultivates its difference by striving to be original and demanding, and to have the courage of its convictions. Since September 2013, the musical and artistic director behind the Orchestra’s ambitions is the Dutch conductor Arie van Beek. 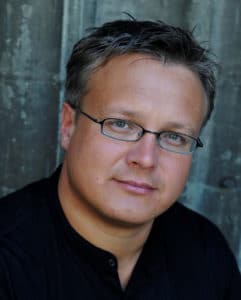 Philippe Bach studied French horn at the Musikhochschule Bern and the Conservatoire de Genève, as well as orchestral conducting at the Musikhochschule Zürich with Johannes Schlaefli. In 2005 he was the recipient of a fellowship from the prestigious American Academy of Conducting at the Aspen Music Festival. From 2004 – 2006 he was Junior Fellow in Conducting at the Royal Northern College of Music in Manchester. From 2006-2008, after winning the Jesús López-Cobos Conducting Competition, Philippe Bach was assistant to López-Cobos at the Teatro Real in Madrid. Prior to his position in Meiningen, Philippe Bach held the post of Stellvertretender Generalmusikdirektor at the Theater Lübeck from 2008-2011. He is Chief Conductor of the Berner Kammerorchester, and Chief Conductor of the Kammerphilharmonie Graubünden in Chur. Philippe Bach has conducted many European Orchestras, including the Orchestra della Svizzera Italiana, Berner Sinfonieorchester, Orquesta Sinfónica de Madrid, Royal Liverpool Philharmonic, Royal Scottish National, Helsinki Philharmonic, Basel Chamber Orchestra, Szczecin Philharmonic, Pardubice Philharmonic and Czech Chamber Orchestra. At Meiningen, Bach has conducted numerous opera productions and built a repertoire of more than 60 works. Among his most recent productions to retain are the Meistersinger von Nürnberg, Rienzi, Das Liebesverbot, The Magic Flute, The Rape of Lucretia, Rigoletto, Der Rosenkavalier, Ariadne auf Naxos and Katja Kabanova. In addition to the opera season, he also conducts a symphonic season with the Meininger Hofkappelle, orchestra which celebrated its 325th anniversary in 2016. 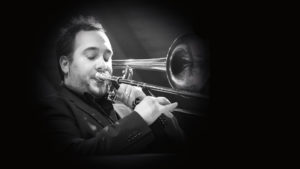 Francesco D’Urso. Graduate of several conservatories in Switzerland, Germany and Italy, in 2008 he won the second prize at the Aosta international trombone competition and he was laureate of the István Kertész scholarship in 2015. Francesco D’Urso teaches trombone at the Geneva conservatory for the MusicEnsemble project (coordinated by maestro Domingo Hindoyan and sponsored by maestro Gustavo Dudamel) and at the Ecole de musique Multisite (Vaud Canton, Switzerland). Since 2008, he collaborates with the Sinfonietta de Lausanne and since 2011 regularly plays as first and second trombone with the Orchestre de Chambre de Lausanne. Today he plays solo trombone with the Orchestre de Chambre de Genève (artistic director : maestro Arie van Beek). He is also a member of the ensemble Moya Trombones and a partner of René Hagmann’s Free-Flow valves. In 2015, Francesco D’Urso released, in collaboration with Difem Music Publisher, his first album entitled « Stella ». It is dedicated to his daughter.